The doctor-patient relationship can be fraught with stress. On average, a doctor visits last about seven minutes. It can be difficult to feel heard over the chugging locomotive called the doctor’s schedule.

New research from Michigan State University suggests that trust as an element of the doctor-patient relationship could be more important than previously considered. In fact, it can change the brain’s response to stress and improve the patient’s ability to tolerate pain. 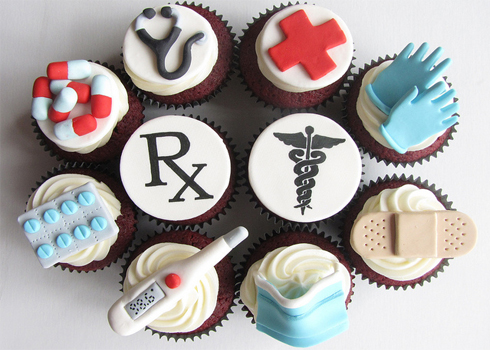 Researchers assigned patients to one of two types of interviews with a doctor prior to a functional magnetic resonance imaging (fMRI) scan. In the first group, the doctor asked the patient open-ended questions, addressed their concerns, and allowed patients to speak freely about their life and social factors influencing their stress. In the second group, the doctor asked specific questions only.

Patients were then subjected to the fMRI scan while given mild electric shocks. They were shown a picture of a doctor they were told was supervising the procedure. The brain scan measured activity in the anterior insula, the part of the brain that makes people aware of pain.

Those patients who underwent an open-ended interview with a doctor showed less activity in the anterior insula. They also self-reported feeling less pain when shown photos of the interviewing doctor.

The study was published in the journal Patient Education and Counselling, and represents a prelimiary foray into understanding empathy and pain tolerane in the patient-doctor relationship. The study is part of a broader initiative at MSU, led by professor of medicine Robert Smith, to establish standards for patient-centered health care and measure its effectiveness.

According to Michigan State University, Smith, who co-authored the paper, says now is the time to implement this kind of research. “Medicine has for too long focused just on the physical dimensions of the patient,” says Smith. “Those clinical questions are important and necessary, but we’re trying to demonstrate that when you let patients tell their story in an unfettered way, you get more satisfied patients who end up healthier.”