The moment is seared in Tom Veenstra’s memory. His teenage students—a combined Grade 7 and 8 class at Market Lane Public School in Toronto—are gathered around a large green blanket. The students are singing a welcome song to a fourmonth-old baby who, with his parents, will visit the class over the coming year.

Veenstra and his students are participating in a program called Roots of Empathy, which teaches school-age children how to identify and reflect on their own feelings and the feelings of others. The baby’s visits help the students learn about compassion.

From the minute his mother brought him into the classroom, the infant zeroed in on a shy boy who rarely takes part in class. “As the mom carried him around the circle,” Veenstra remembers, “the baby was turning and craning his neck to make eye contact with that student.

“It was a beautiful moment. There was gentle laughter, and everyone was aware of how the baby was drawn to him. We talked about the fact that we have no idea why, on that day, the baby was attracted to him. But you could just tell that it made him feel so special, and he referred to that many times throughout the year.”

Roots of Empathy is an evidence-based classroom program created in 1996 by Canadian educator Mary Gordon. Children up to the 8th grade are introduced to a newborn, usually about three months old, with whom they interact for the year. The program aims to develop empathy in children and “change the world, child by child.” Roots of Empathy has reached more than half a million students and has been shown to reduce levels of aggression among schoolchildren while raising social and emotional competence and increasing empathy.

Veenstra has witnessed moments when students from difficult family backgrounds have asked about the Roots of Empathy baby, but he suspects they’re really asking about themselves.

“In the questions they ask about the baby’s development, I see them processing some of the issues they themselves have dealt with,” Veenstra says.

“Issues around abandonment, for example. One child, whose parent opted out of their life early on, asked if you can still build the same neurons if that parent hasn’t been involved. The first unit of the program discusses brain development, and the student asked, ‘What if your parent leaves?’ It provided an opportunity for the Roots of Empathy instructor to step in and say that you can get that kind of love not just from your parents but from anyone who looks out for you and cares for you.”

Can you teach empathy? Veenstra thinks so, as do several dozen experts in the field.

“It’s more helpful for people to see kindness as a skill they need to practice in order to get better at it,” says Christine Carter, the author of Raising Happiness: 10 Simple Steps for More Joyful Kids and Happier Parents.

“In my research it was obvious that doing acts of kindness, and thinking about other people instead of yourself, is the clear road to happiness,” Carter says. “So I started asking my children two questions at dinnertime.

“They could come up with kind things they had done, but they couldn’t come up with any kind things that others had done for them. I said to them, seriously? I just drove you all over the county to your activities, I made you dinner and helped with your homework, and you can’t think of anything anyone’s done for you?” That sort of changed their perspective on gratitude, and a whole series of conversations started to happen.

“As a society, we value happiness but we pursue it through consumption, materialism, and accumulation. I was just talking to someone from another country and he noticed that on TV, all Americans are so happy. But it’s always about the stuff we have, the food we eat, the drinks we drink.”

On top of that, says Carter, we pay too little attention to teaching kindness in relation to happiness—two concepts, in her mind, that are so closely related they’re practically interchangeable.

The psychological literature has long contained suggestions that our feelings of empathy toward others are feelings that don’t generally lead to action, particularly when that action would cause us to act against our own interests. (And in this context, self-interested do-gooding doesn’t count as altruism.) Seminal studies from Nancy Eisenberg and from Daniel Batson, published in the 1980s by the American Psychological Association, demonstrated that the empathic feelings generated by perceiving others’ suffering are indeed strong enough to lead to genuine altruistic behavior. Acting “pro-socially”—for a good that transcends our self-interest—is part of who we are.

Social psychologist Dacher Keltner, cofounder of Greater Good, takes this idea further in Born to Be Good: The Science of a Meaningful Life. In it, he explores Darwin’s little-known work on human emotions and argues that survival is not based on the fittest but on who among us is the kindest.

All humans are born with bodily systems that are dedicated to forming long-term, meaningful bonds— all in the spirit of cooperation, says Emiliana Simon-Thomas, Greater Good’s science director, who works closely with Keltner.

“There’s a mountain of evidence showing we’re built in a way that makes it very easy for us to survive by working at a communal level,” Simon-Thomas says. “We don’t look like lions and tigers. We’re pretty wimpy, we’re very smart, and we’re very, very social. That’s really a key capacity that has helped us be as successful as we have been as a species.”

What has surprised Keltner, is discovering that there are many ways to cultivate compassion. In his research, he frequently examines the role of the vagus nerve. “It’s a part of our nervous system that appears to track feelings of compassion and altruism,” Keltner says.

“The vagus nerve starts at the top of the spinal cord and is the largest bundle of nerves in the body and is unique to mammals,” Keltner says. “It’s instrumental in aiding our regard of others, slowing down, and considering other people’s needs.”

Keltner has been doing research on this bundle of nerves and has found that when subjects are shown images of suffering for 60 seconds, the vagus nerve shows signs of activation. “We all suffer pain and psychic distress, disease and death—we just have to remember that. In our lab, when people experience images of others’ suffering, they have a measurable neurophysiological reaction.”

Studies on breathing have shown that taking the kind of deep breaths required in meditation and yoga can help lower anxiety and enhance compassion. Keltner suggests taking a few moments every day to do deep-breathing exercises, since research on the vagus nerve has shown a measurable, advantageous physiological effect from such exercises.

“There’s a mountain of evidence that shows we’re built to survive by working at a communal level.”
—Emiliana Simon-Thomas 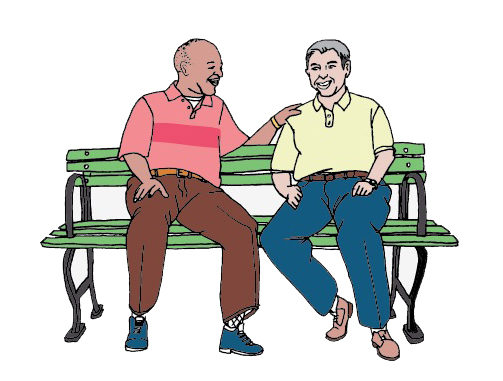 “The question is how to have more compassion, more of the time,” says marriage and family therapist Margaret Cullen. She helped develop Compassion Cultivation Training, an initiative of Stanford University’s Center for Compassion and Altruism Research and Education (CCARE). “Our aim is to notice what blocks compassion and what facilitates its fuller expression.”

According to renowned psychologist Paul Ekman, whose work for more than 45 years has focused on identifying and understanding the expressions of human emotion, there are three kinds of empathy we need to be fluent in.

The first is “cognitive empathy,” when we are able to identify how the other person feels and consider what they might be thinking. Then there is “emotional empathy,” when we physically feel what other people feel, almost as though their emotions were contagious. Finally we need “compassionate empathy,” in which we not only grasp a person’s predicament and feel along with them but also are spontaneously moved to help.

Ekman is adamant that we cannot achieve compassionate empathy without first being capable of cognitive and emotional empathy. That involves both human evolution and how we lead our lives now. Primatologist Frans de Waal puts it succinctly in an essay titled The Evolution of Empathy: “Empathy is not something we only learn later in life, or that is culturally constructed. At heart, it is a hardwired response that we fine-tune and elaborate upon in the course of our lives.”

But, says Margaret Cullen, compassion is also as easy as taking the time to remember “the common humanity of the other person.”

Cullen recalls teaching a session of Compassion Cultivation Training in Sydney, Australia, where one of the teachers in the program told a story about a boy in her fourth-grade class who was a real challenge. The teacher said, “We were on the bus coming back from a field trip, and as usual he was driving me crazy. He was all over the place. Typically, I would just give him a stern talking to, but I’d been doing compassion training so I took a different approach. Suddenly, when I looked at him, I remembered that he was just a kid.”

In the midst of telling this story—which had happened a year and a half earlier—the teacher began to cry. She said, “He was just a kid. I saw his humanity. And I had to get in touch with my own humanity before I could see his.”

In that moment, the teacher asked the boy, “Why don’t you just put your head on my shoulder?” And when he did, he fell asleep right away.

Cullen also works with military families at Fort Drum in New York and recalls meeting Walter Piatt, the three-star general who helped launch compassion training at the base. Cullen asked him if he felt there was room for compassion in the military. “He said compassion is his most powerful weapon. When he was in Afghanistan for the month of Ramadan, he fasted for that month and broke fast with different tribal leaders every night.”

It’s that kind of attempt to understand the other person, to try to experience their world, that is at the root of growing compassion.

“What distinguishes compassion from other heart qualities is the acknowledgment of others’ suffering,” says Cullen. “That’s what’s different about it from love.” But like love, the more compassion you have, the more you get.

What is it exactly that blocks compassion and what is it that causes it to blossom? We need to examine that in our own hearts. 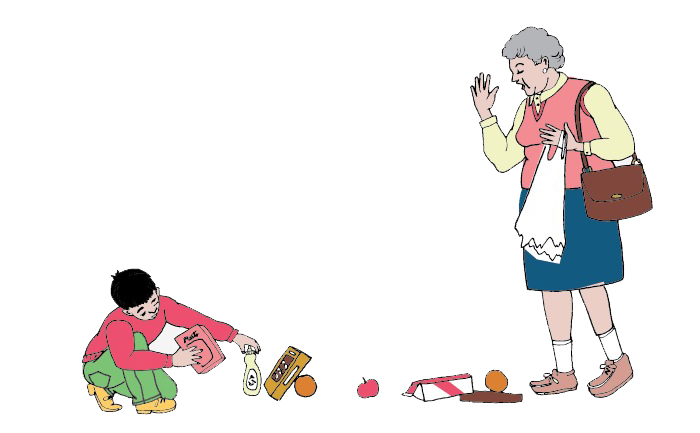 “Real meaning and true happiness come from thinking about other people—and from actions that bring meaning or joy to other peoples’ lives,” says Carter.

In Carter’s experience, two things happen once you start practicing kindness and compassion. As you begin to do kind things for people, they start reciprocating. And because you’re more conscious of kindness—and more observant—you start noticing acts of kindness everywhere.

To encourage a kinder world—and a kinder home—try these two simple practices.

This article also appeared in the April 2014 issue of Mindful magazine.

Emotions are changeable and culturally constructed—which means we get to choose how we feel about how we feel. Read More

Jennifer Campbell is a freelance writer and editor living in Ottawa. She is editor of two magazines, Ottawa Citizen Style and Diplomat & International Canada.

How to Navigate Difficult Conversations

How a Lack of Gratitude Kills Relationships