Writer Jeremy Adam Smith wrote an essay for Mindful in the December issue about the messages of mindfulness that he was noticing while watching the Star Wars movies with his son. Mindful’s art director Jessica von Handorf took inspiration from that essay and enlisted photo-illustrator Kevin Van Aelst to work with Star Wars figures to create images. In the end, the package we got was infused with humor and even a little wisdom.

I was sitting quietly, meditating with about 30 other people during a group retreat when the thing I dreaded the most happened. Someone tapped me on the shoulder and whispered, “Can you keep time for a little while?” By keeping time, she meant could I get up, walk to the front of the room, take my seat on the cushion facing everyone, and ring the imposing cauldron-sized gong at the end of the meditation session?

I nodded and made my way to the seat by the gong, feeling like a rumpled mess with frizzy hair twice the size of my head, and like my heart was visibly beating through my chest. I was sure I would screw it up somehow. I would fidget. My feet would fall asleep and I wouldn’t be able to stand. I would ring the gong too loud. Or, even worse, it would be too soft, like a whispered hum, and no one would hear it.

15 agonizing minutes later it was time to ring the gong—my palms were sweaty and my heart was still thumping. I reached out for the gong striker—picture something the size of a chair leg—and immediately realized I was holding it the wrong way. I’d have to maneuver it into the right position without creating too much of a distraction. I decided to flip it. Yes, flip it. Just a little bit. Not a full-on somersault or anything. What could go wrong?

My sweaty palms. A striker the size of a chair leg. Flipped into the air.

You know what comes next.

The striker slipped out of my hands and clattered to the floor. Everyone jumped, shocked out of their quiet meditation. They all looked at me with huge eyes. What would I do next? The room was silent. The striker was on the floor, just out of my reach. I was thinking, “Oh no, oh no, oh no.” Then I squeaked out a tiny, “Oops” and the room burst into laughter. I started laughing too, got up, retrieved the striker, and hit the gong with just the right amount of force. We were still giggling as we left the room.

Humor is an essential part of a mindfulness practice. Without it we might beat ourselves up for making mistakes, or we might become too earnest in our attempt to do things the “right” way. Humor allows us to become best friends with ourselves. We cheer up. We laugh. We enjoy the absurdity of life.

That’s why we always look for opportunities to include humor in Mindful. When Jeremy Adam Smith’s, “Luke, I’m Your Dad” (December 2013 issue) landed on my desk—an essay about raising a son, mindfulness, and Star Wars—I knew the art had to reflect the light, funny tone of the article. And I knew just the person to collaborate with. Kevin Van Aelst creates witty photo illustrations out of everyday objects. His arrangements are always surprising and fresh. I could try to describe his work but it’s better to see for yourself: www.kevinvanaelst.com.

I contacted Kevin with the idea of doing a photo illustration about family and interconnectedness—all done with Star Wars lego figures. Because who doesn’t love lego? Kevin said the project sounded like fun so I spent a couple of hours that Friday night purchasing lego figures on eBay: Princess Leia, Luke Skywalker, Yoda (of course), C3PO, and R2D2. I also got Darth Vader and two kinds of Storm Troopers. Everyone is included in the mindfulness family, even the “bad” guys. I shipped them off to Kevin and let him loose to come up with ideas.

Here’s his first round of sketches:

1. “Characters sitting around a campfire.” 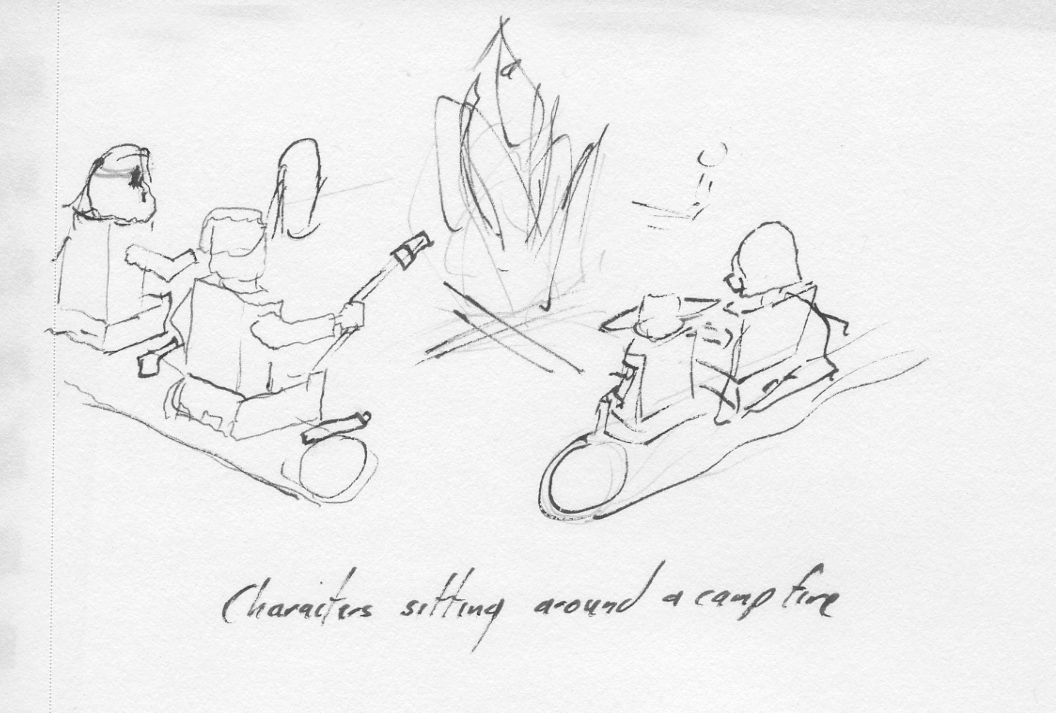 2. “Lego characters working together to build a lego model.” 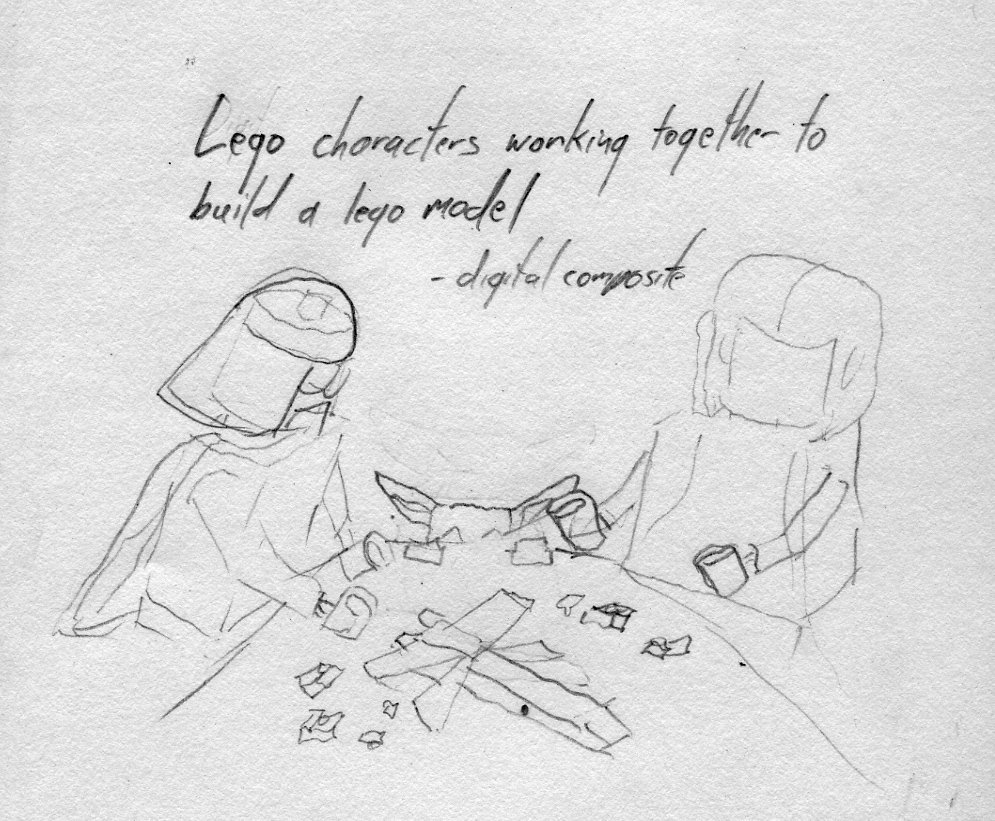 3. “A wall of family portraits of characters in family type activities.” 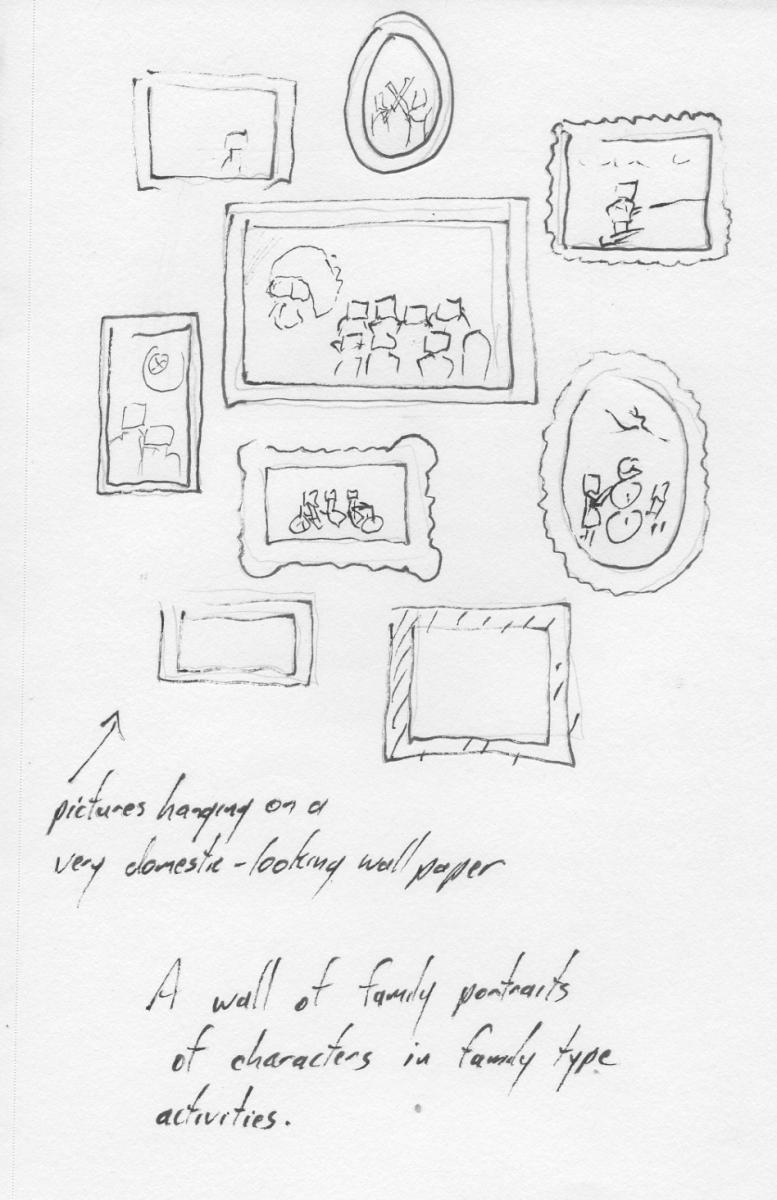 4. “A single framed portrait on a wall — photo is a clichéd ‘Sears portrait studio’ type image.” 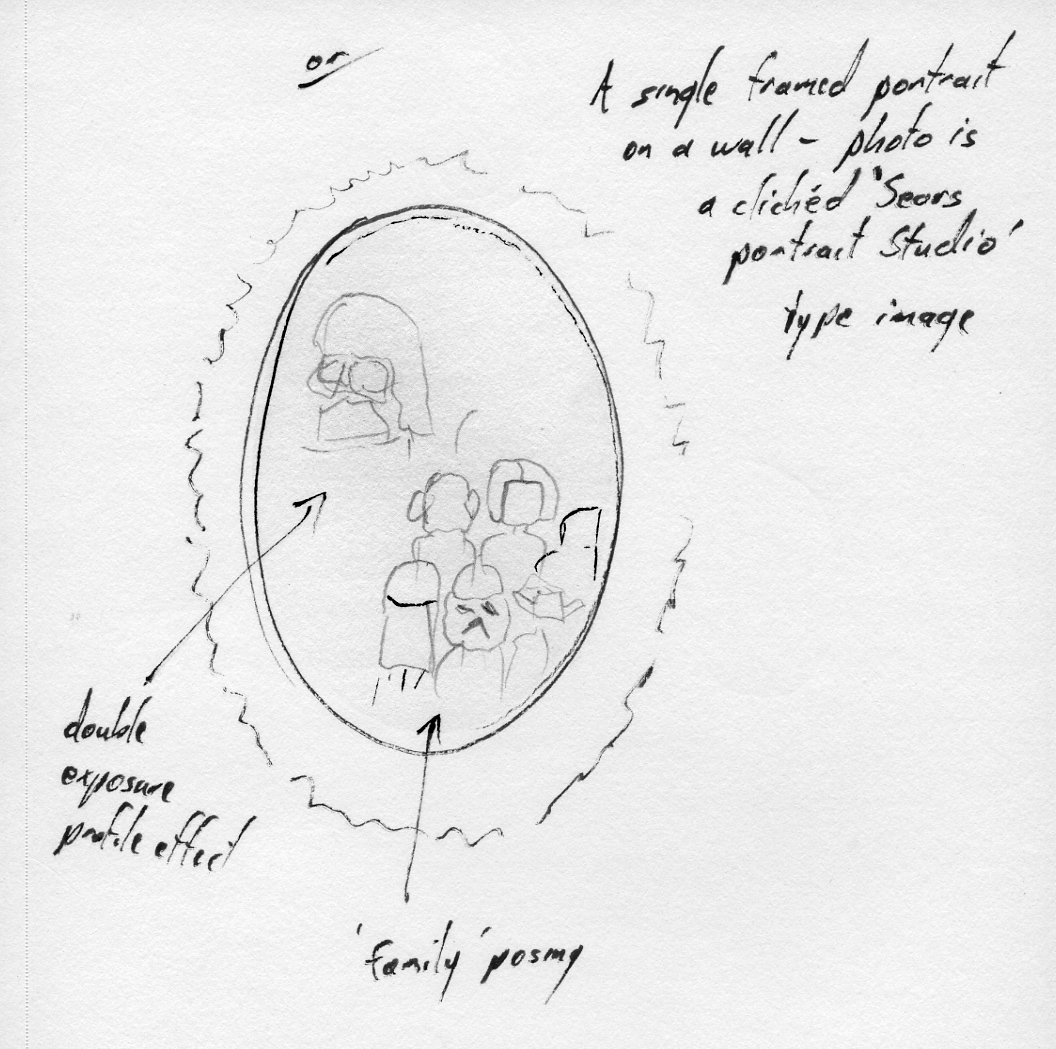 5. “Characters posing together, holding up a picture frame around themselves, as if creating a family greeting card, etc.” 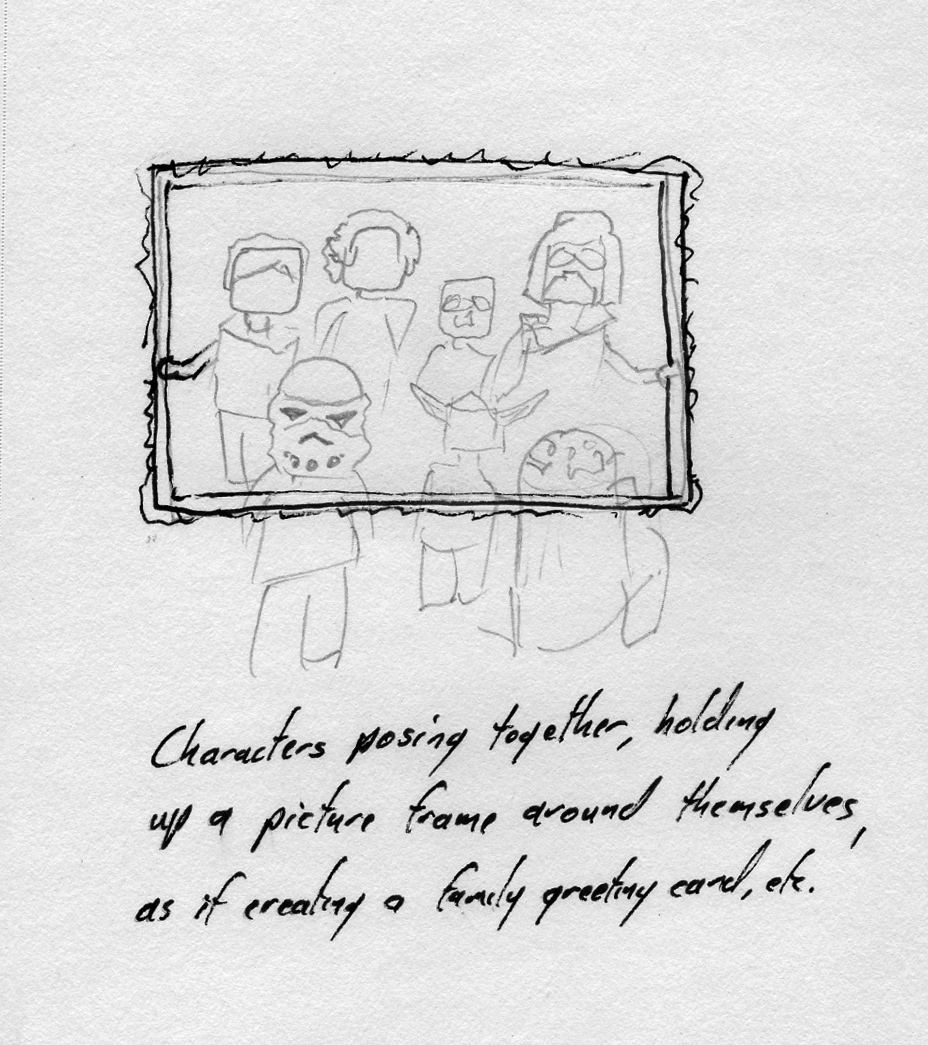 6. “Luke/Vader holding up a paper chain of people.” 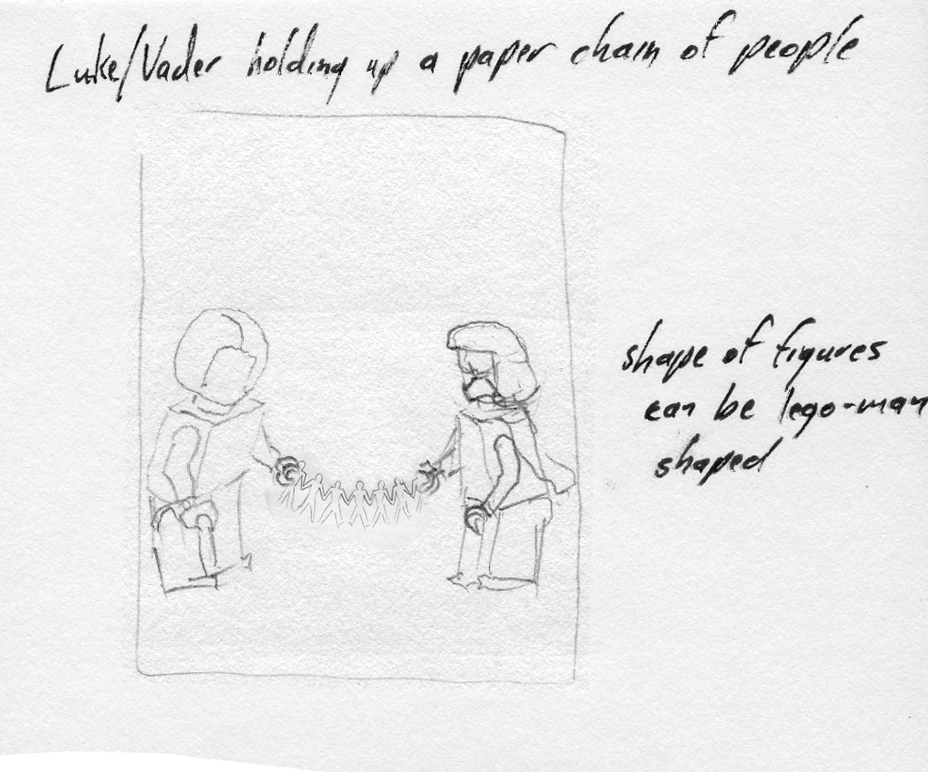 7. “Variety of figures arranged into an infinity symbol/Mobius strip.” 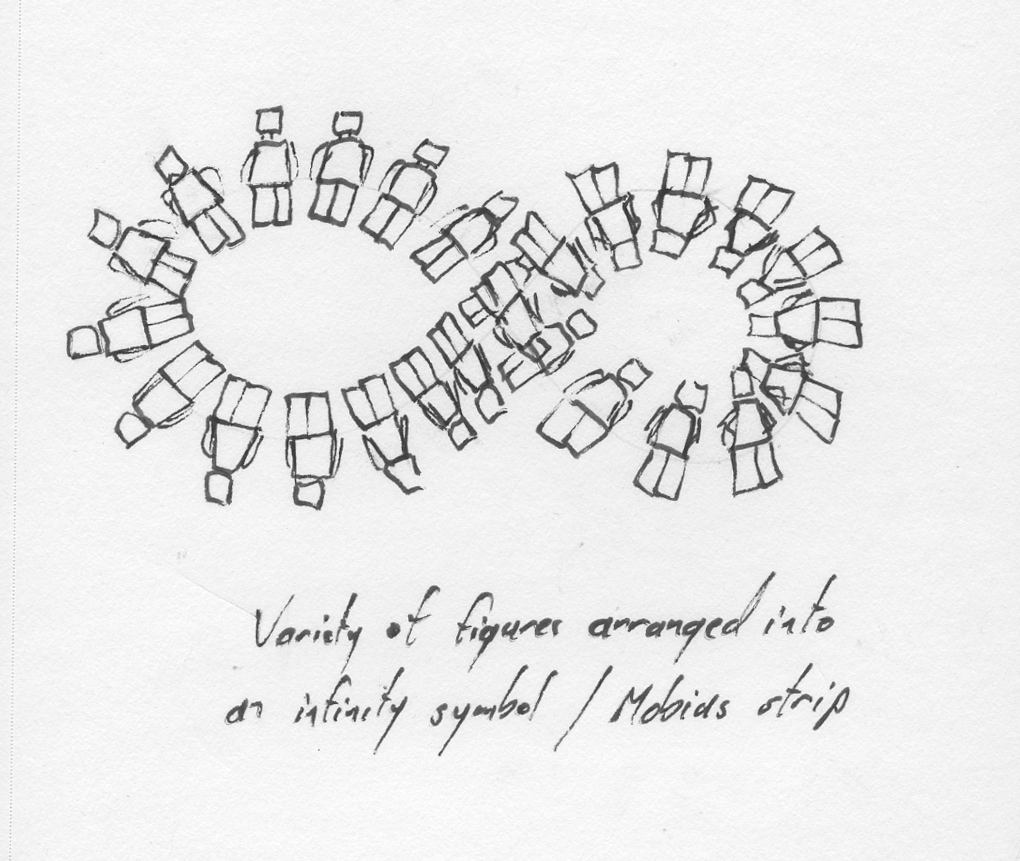 8. “Lego model of the Millennium falcon with the colors changed to become yin-yang.” 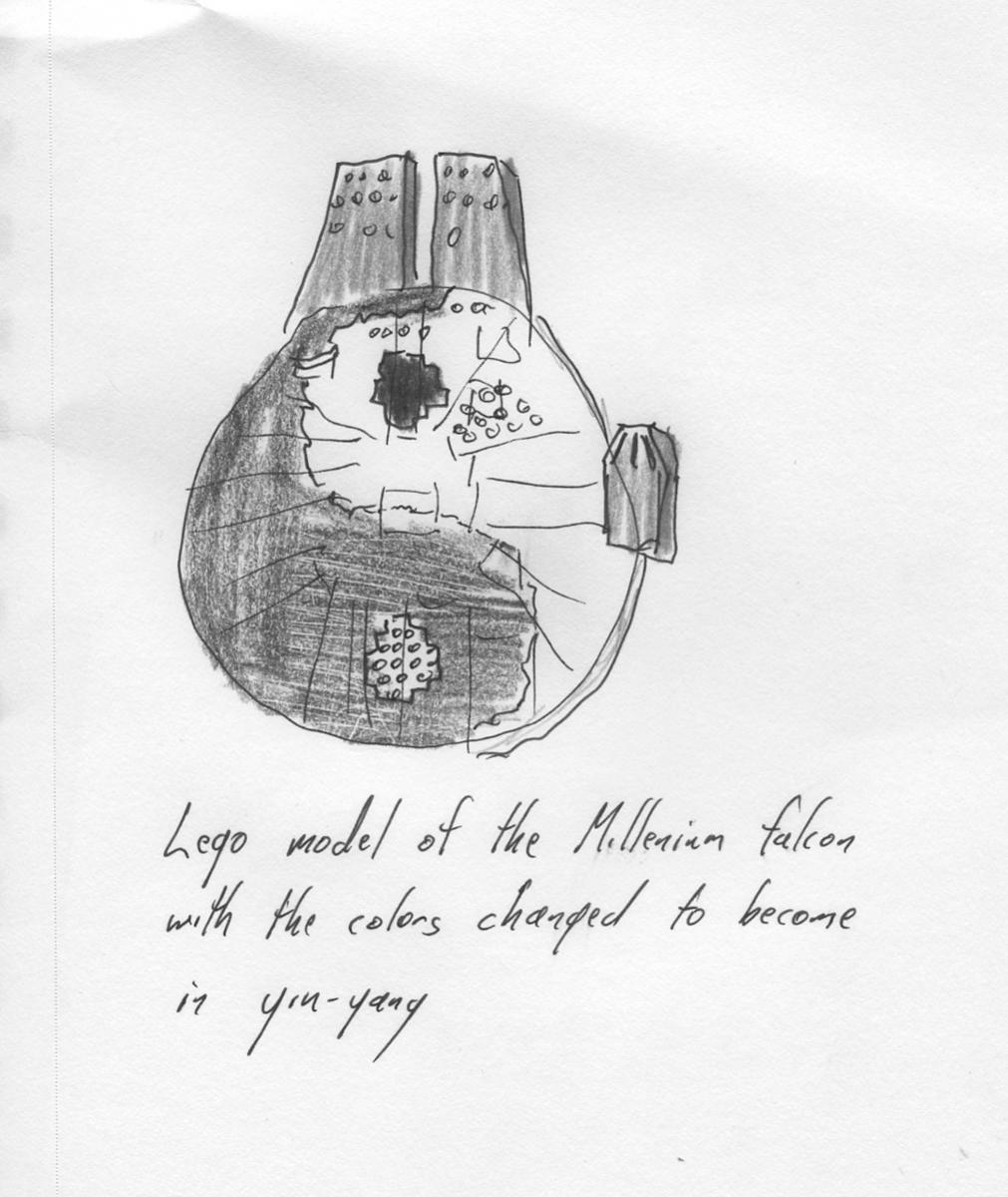 9. “A desert-scape (mimicking scene in the film) turned into zen garden, with figures, maybe props like vehicles, positioned along with rocks and candles.” 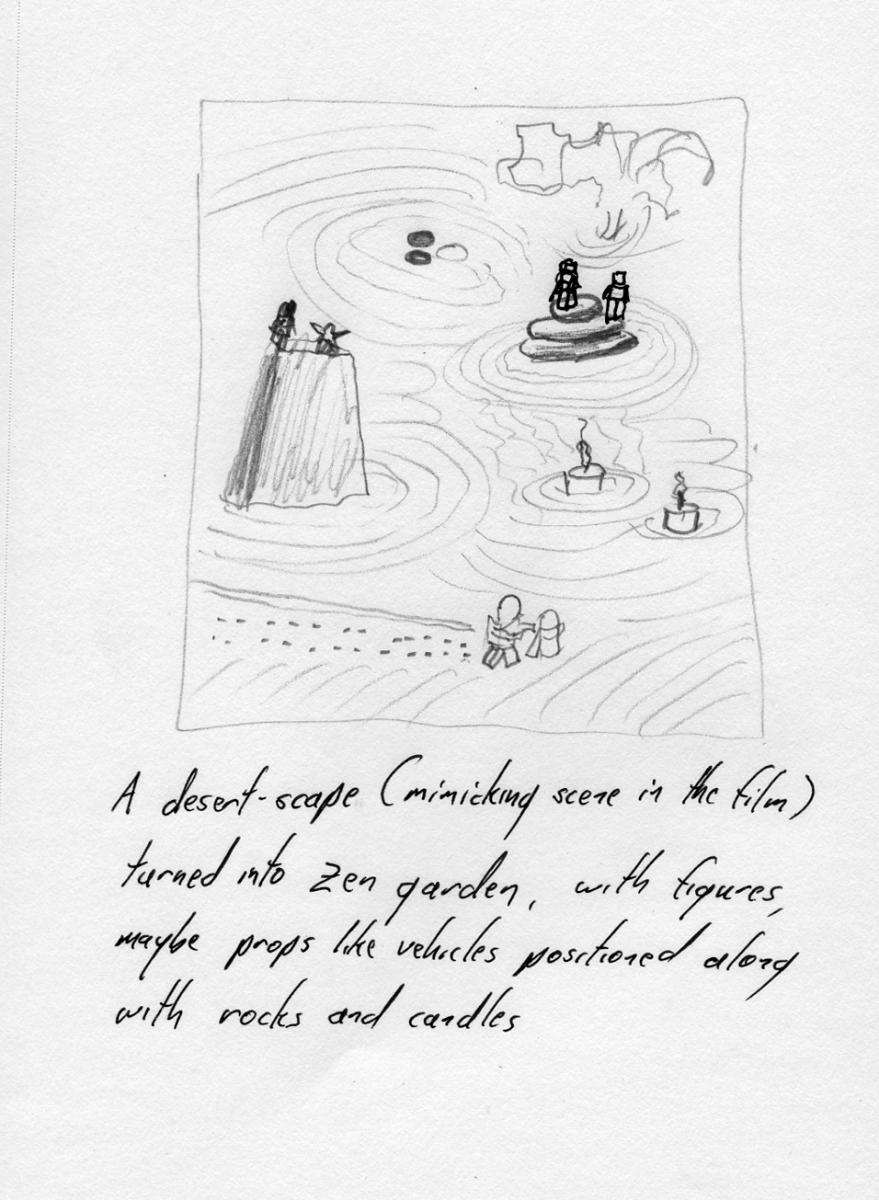 We wanted the final illustration to immediately signal family, Star Wars, and interconnectedness, and to do it with a sense of humour without referencing typical icons of Eastern spirituality such as the yin-yang symbol and the zen garden. Sketch #4, the Sears-like family portrait, made all of the staff at Mindful laugh, so I gave Kevin the green light to go ahead with the actual photo illustration. Here it is: 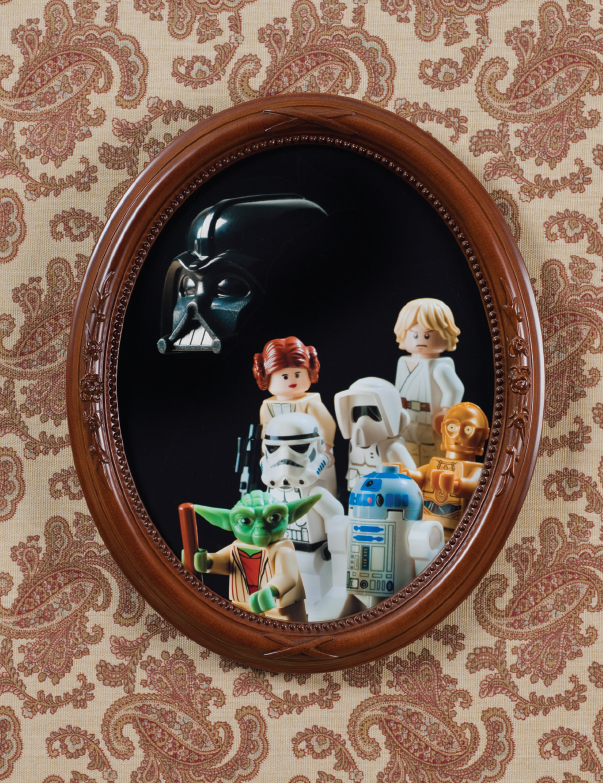 A bit later in the process I was given the task of incorporating quotes from the Star Wars movies into a sidebar for the essay. Rather than doing a simple sidebar with just a background color and text, I decided to reference Kevin’s Sears-like portrait by treating the quotes as if they were inspirational sayings someone loved so much they’d taken the time to frame them and hang them on the wall with the family portrait. Here’s the end result: 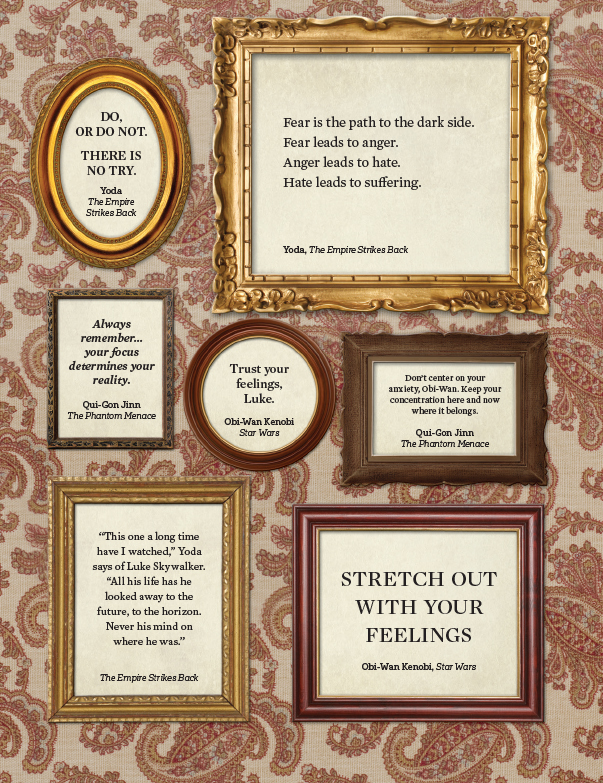 Creating and collaborating on the art for “Luke, I’m Your Dad” was fun from beginning to end. One of the best parts was Kevin’s self-portrait for our contributors page. He surprised us all by making it out of lego pieces! We can’t wait to work with Kevin again. 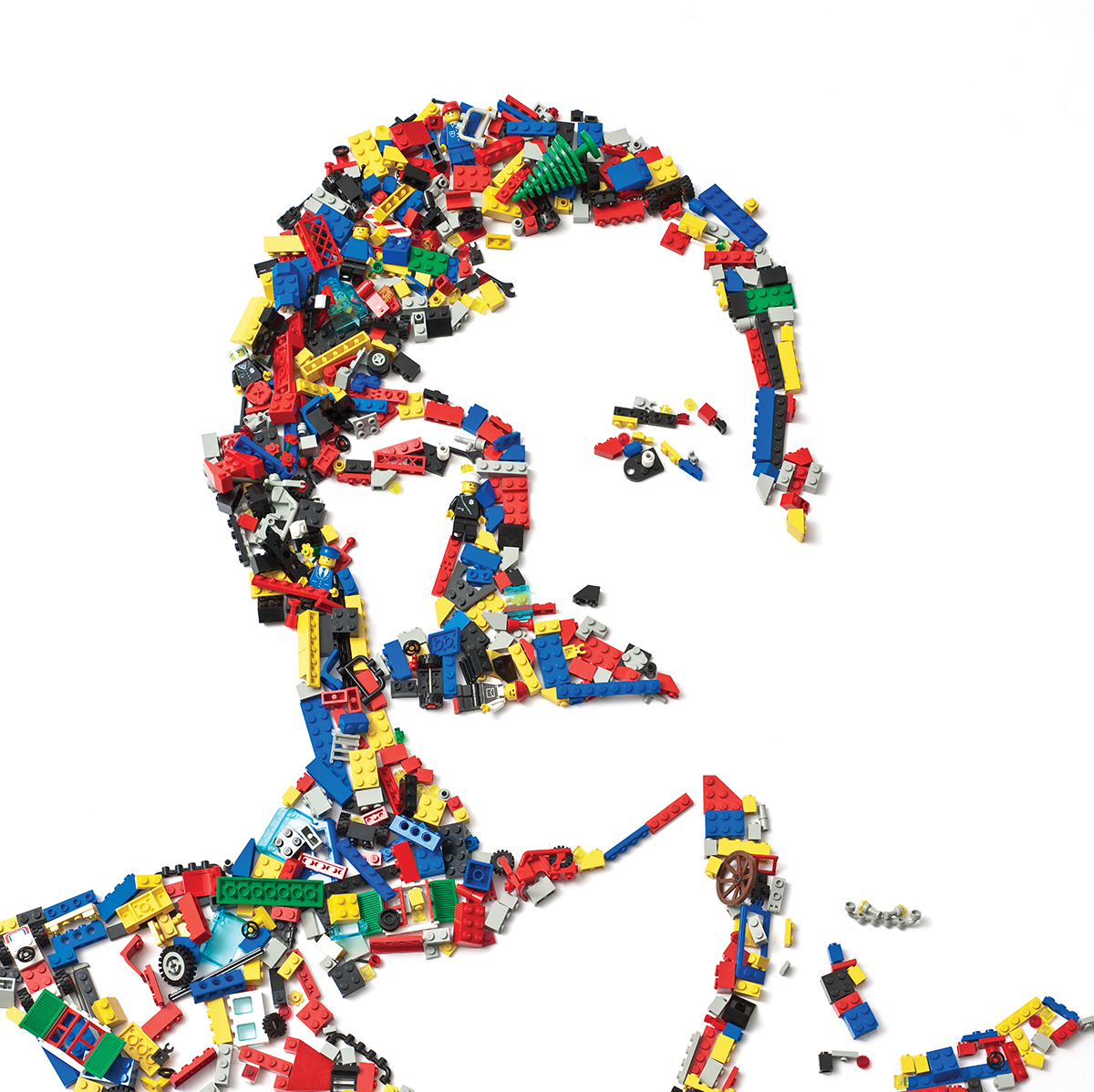 This web extra provides additional information related to an article titled, “Luke, I’m Your Dad,” which appeared in the December 2013 issue of Mindful magazine.

Jeremy Adam Smith is editor of the Greater Good Science Center’s website and author of the book The Daddy Shift.