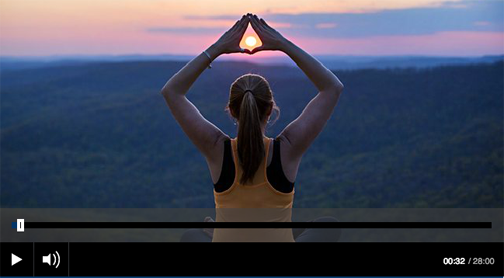 While the documentary is titled: “Mindfulness: Panacea or Fad?” listeners might get more out of the key milestones discussed as opposed some of the musings about mindfulness being overrated. To name a few of those milestones: the introduction of mindfulness-based stress reduction (MBSR) by Jon Kabat-Zinn in 1979, Google bringing mindfulness to work and other companies following suit, and mindfulness making its way into military training and being offered to veterans suffering from post-trauamatic stress.

Mark Williams, emeritus Professor of Clinical Psychiatry at Oxford University and co-founder of the Oxford Mindfulness Centre, spoke to some of the criticims that have surfaced about bringing mindfulness into the military:

People who volunteer for the services are human beings too, so it would be extraordinary for us to say that mindfulness is for everybody in reducing stress but don’t offer it to the military […] There’s a great deal of post-trauamatic stress disorder…if that could be prevented in some way, then why not? So I think to say that somehow some people don’t deserve it or it would be dangerous for some people do to it would be odd, I think.

On the topic of the “human” side of service, you might want to check out “Healing Waters” from the February 2015 issue of Mindful magazine. War veterans—who’ve seen more pain and devastation than most will see in a lifetime—struggle to find peace, and ways to fit back in and contribute all they have to offer. Three days on a roiling river bring them a step closer to feeling good in their own skin again. Katherine Ellison reports.

Researcher and Fierce Self-Compassion author Kristin Neff on how to empower ourselves—and change the world—through caring authentically for ourselves. Read More

What Nature Teaches Us About Well-Being

The natural world and its processes has much to teach us about the flexibility, creativity, and resilience that’s already within us, just waiting to unfurl. Read More