So here’s the game. I give you some money—let’s say $10—and tell you the following: you’re playing with three other people that you don’t know and may never meet, and each of you have been given the same amount to start with. You are all invited to contribute any amount of your money to a common pool. Once everyone has contributed, the game doubles the amount in the pool, then gives each player an equal portion of that doubled amount. What do you do? How much do you put in? 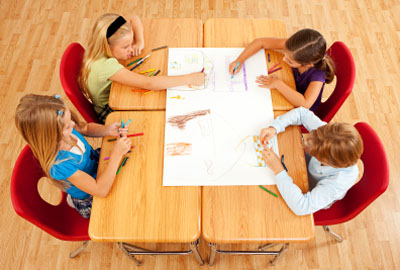 At one extreme, you could put in $0.01, cross your fingers that others put in their entire pots, then walk away with $24.99—your portion of the pot ($15) plus the leftover cash from your original $10. At the other, you could put in your entire $10, hope for the same from others, and walk away with $20. It’s called the Public Goods Game, and is a common technique for measuring cooperation in the field of neuroeconomics. (The more cooperative approach, by the way, is to put in your whole $10.)

According to a series of studies published in in the September 20 issue of Nature magazine by Harvard researchers David G. Rand, Joshua D. Greene, and Martin A. Nowak, the amount you decide to contribute depends on how quickly you make the decision. Quicker decisions, they argue, are based on intuition, while longer ones are based on careful thinking.

Running the Public Goods Game with more than 1,000 people, both online and in laboratory settings, the researchers showed that cooperative behaviors happen faster. “Although the cold logic of self-interest is seductive, our first impulse is to cooperate,” they concluded.

These studies provide strong evidence that people, on average, have an initial impulse to behave cooperatively—and with continued reasoning, become more likely to behave selfishly. The authors caution that their data do not prove that cooperation is more innate than selfishness at a genetic level—but they point out that life experience suggests that, in most cases, cooperation is advantageous, so that’s generally not a bad place to start by default.

To read more articles on cooperation research, visit our Survival of the Kindest page.

This web extra provides additional information related to an article titled, “Kindness Evolution,” which appeared in the August 2013 issue of Mindful magazine.

A recent set of studies shows that while mindfulness may enhance self-awareness, it does not necessarily increase prosocial behavior. Read More